Details of the project 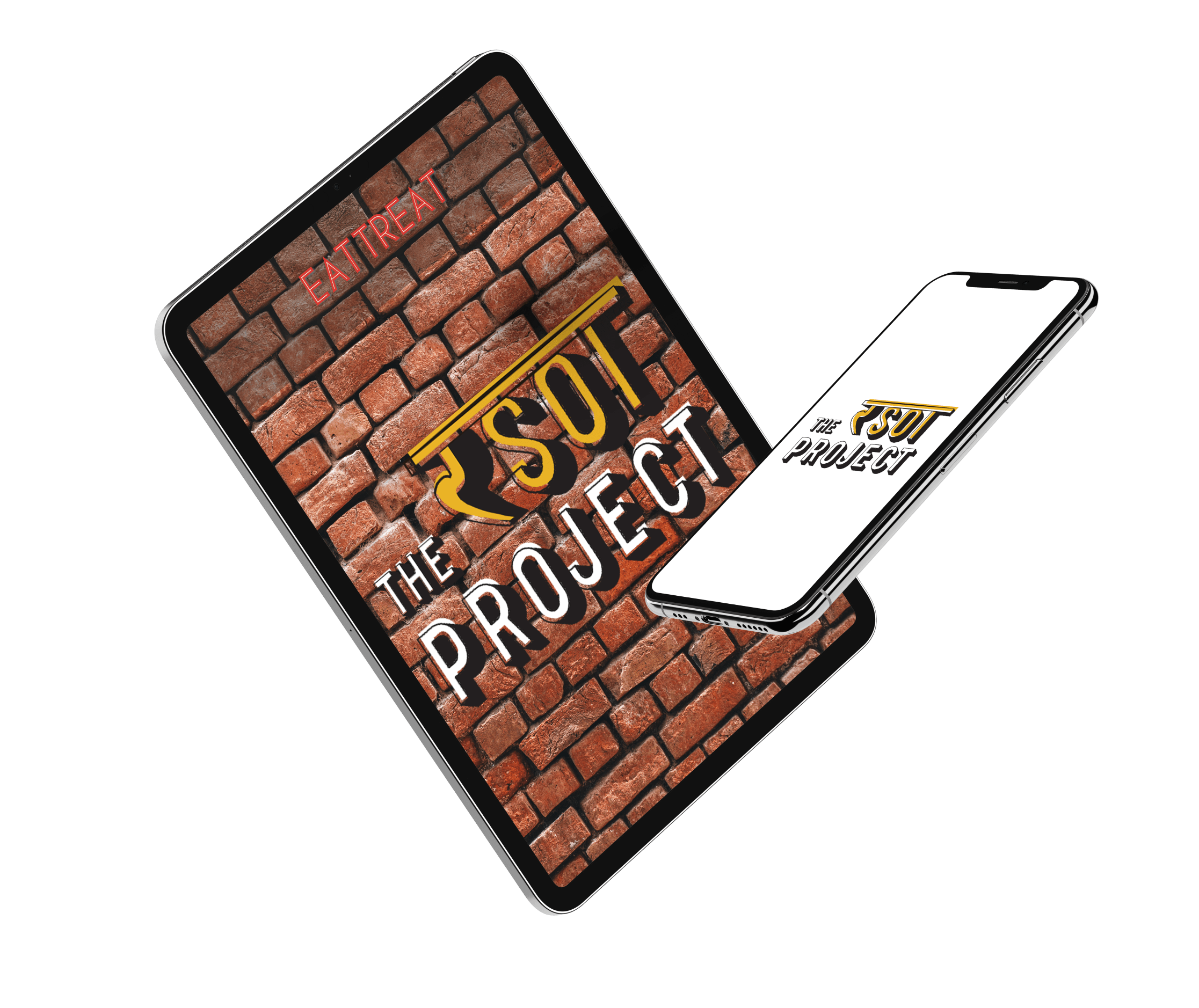 STARTING WITH THE WHY
EatTreat wanted to produce a new show that could be distributed across all major AVOD channels i.e. Youtube, Facebook, and Instagram. This would also be eventually monetised as a part of the Content Marketing business model.
‍
Thus...
How might we engage Our Audiences in Tier-1 & Tier-2 cities and acquire new ones with Non-Fictional Long-Form Food Content

The Rasoi Project (Rasoi is kitchen in Hindi) is a weekly YouTube video series produced by EatTreat, where a vibrant and curious host visits hidden masterchefs, who create magic in their kitchens.

This was one of the first shows I created and curated, back in 2019. Socially uplifting in its cause and feel-good in nature, the project aims to tell extraordinary culinary stories of those not-so-ordinary people we see every day around us.

We believe that the real masterchefs are in our homes; breaking one social barrier at a time. They are also around us in small shops, refugee colonies and maybe, at the street corner. The Rasoi Project is about these working-class suburban people who are changing India, one dish at a time.

We were able to create a fairly robust weekly show with 20 episodes aired on Youtube in 2019 & 2020. After this initial success, we decided to pivot to specifically feature inspiring stories of women and more regional cuisines. The pilot season gave us insights that 'mum-preneur' stories found a dedicated audience in our community.

This allowed us to monetise a Season 2 of The Rasoi Project, dedicated to home-chefs and working women. Women from tier-2 cities who define that hardworking, entrepreneurial ethic that these economic centers embody. They are the ones driving social & economic change by making local cuisines a part and parcel of every person’s daily life.

It is important here to talk about my role a little bit. By virtue of this being a startup, my role spanned many different teams and was quite liquid in its manifestations.

As the project lead reseraching the target audience, my job was to ensure that the team is keenly aware of the final user too. Thus, by being part of the creation aspects, production and then finally, distribution aspects, allowed me to have creative control over the final output. The idea was to have different teams be involved in the project lifecycle and I would intervene to ensure we were on track with the deliverables in terms of the promised quality and of course, adhere to timelines.

NOTE: I was NOT involved in the more technical aspects of production such as the actual shoots or finances and budgets. At times, I would liase with brands if the episode was sponsored.

Of course, my primary role was to visualise and ideate this series, but I was ultimately responsible for most creative calls (wherever that may be in the project life-cycle).

Though this approach is not a core design-thinking methodology, it is something that worked for a 60-people strong team across many different shows with no knowledge of Strategic Design. It was an agile methodology with constant iterations and reframing embedded, though much of it was instinctual.

‍I tried in my capacity to introduce and facilitate these empathic measures. Content creation is an inherently creative process and thus, we involved people from across the organisation in the brainstorm and ideation phases. However, in the later stages, we stuck to expertise-heavy teams such as the Shoot, Edit and Social Media teams.
‍

Eattreat has a core audience of food lovers, and they produce relatable and entertaining brand narratives for a young India. They promise mass viewership in regional areas across India and at the time of production were reaching out to a millennial audience.

For this series in particular, we catered to a known audience from a previous show. They were early adopters with high-intent curiousity about regional food & uncommon stories. With the age group being 18 - 35, we reached out to the new age millenials with high spending power

This hunt to feature regional India’s inspiring culinary tales from the homes of mom-preneurs, home chefs, minority communities posed a huge problem: the lack of open-source or freely available content. Curation was the most time consuming research activity, since these stories are completely word-of-mouth. Thus, we conducted primary and secondary research via: 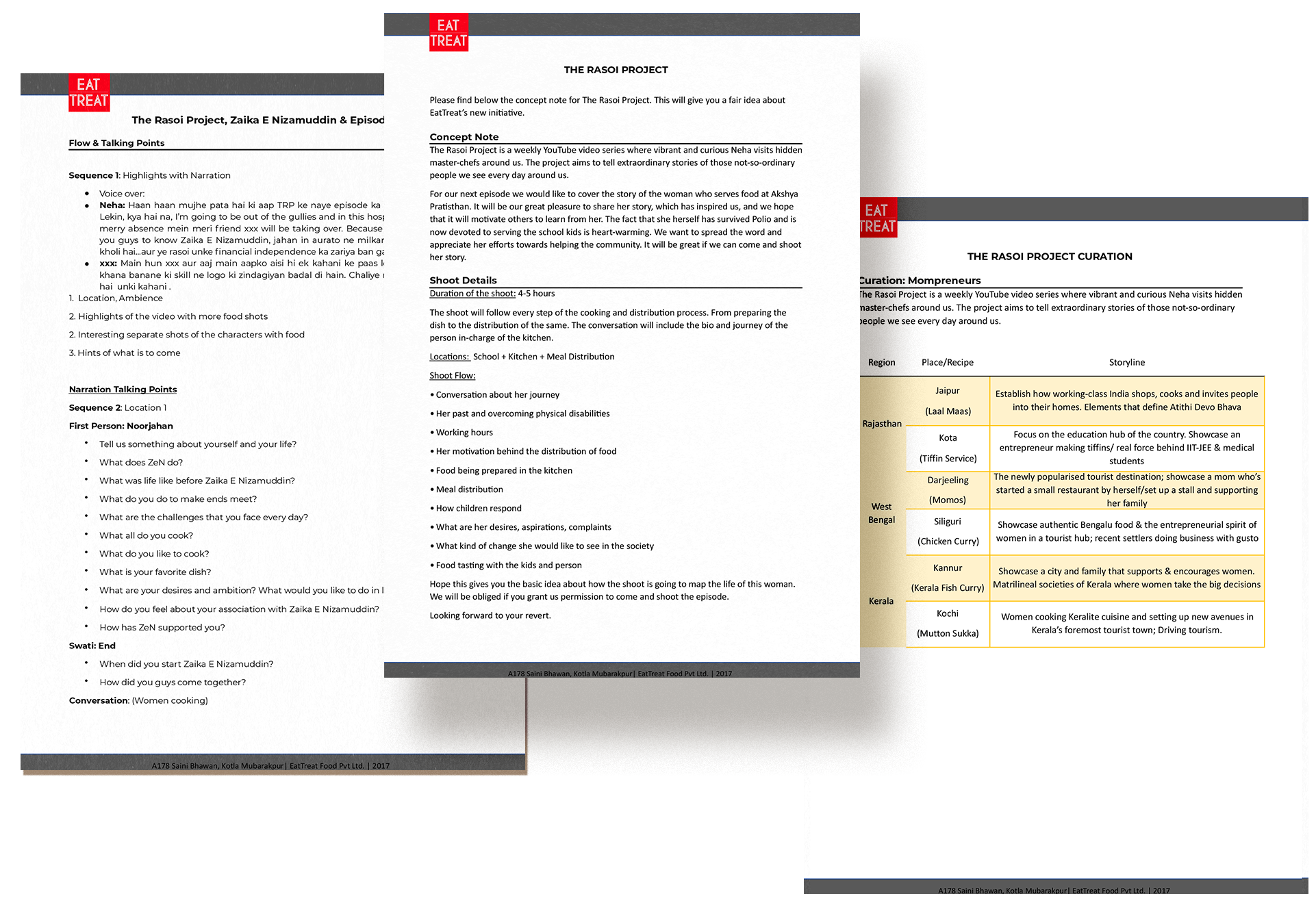 A monthly content calendar is created by capturing trends, research and iconic locations, which is then carefully programmed weekly basis Google trends, festivals, occasions and IRL happenings. I also took into account our internal capabilities to ensure that we were efficient without burning out.

A weekly programmed calendar is maintained by me, wherein the edit team uploads all videos. I track the projects and quality check for errors. The social media team then publishes the same. 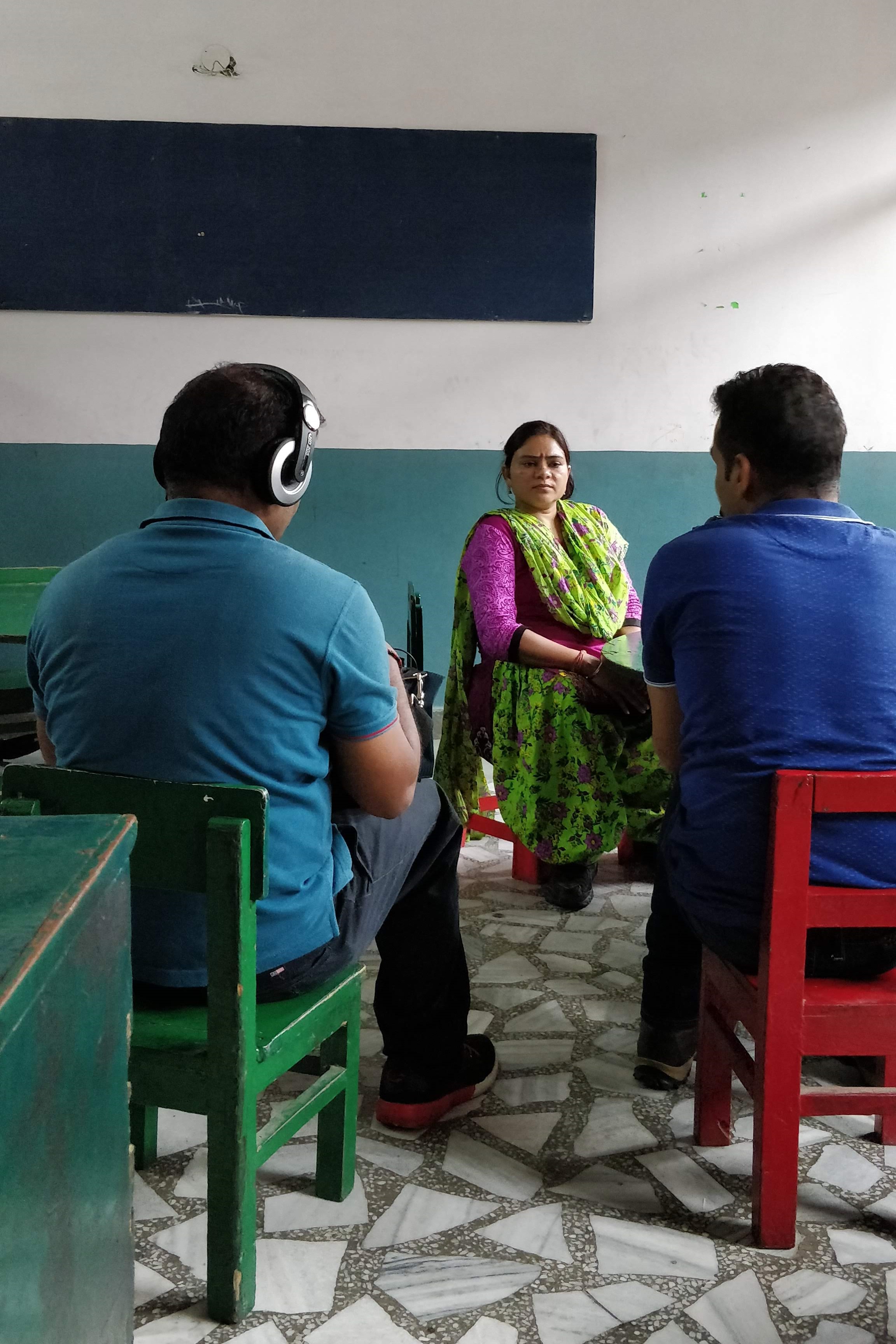 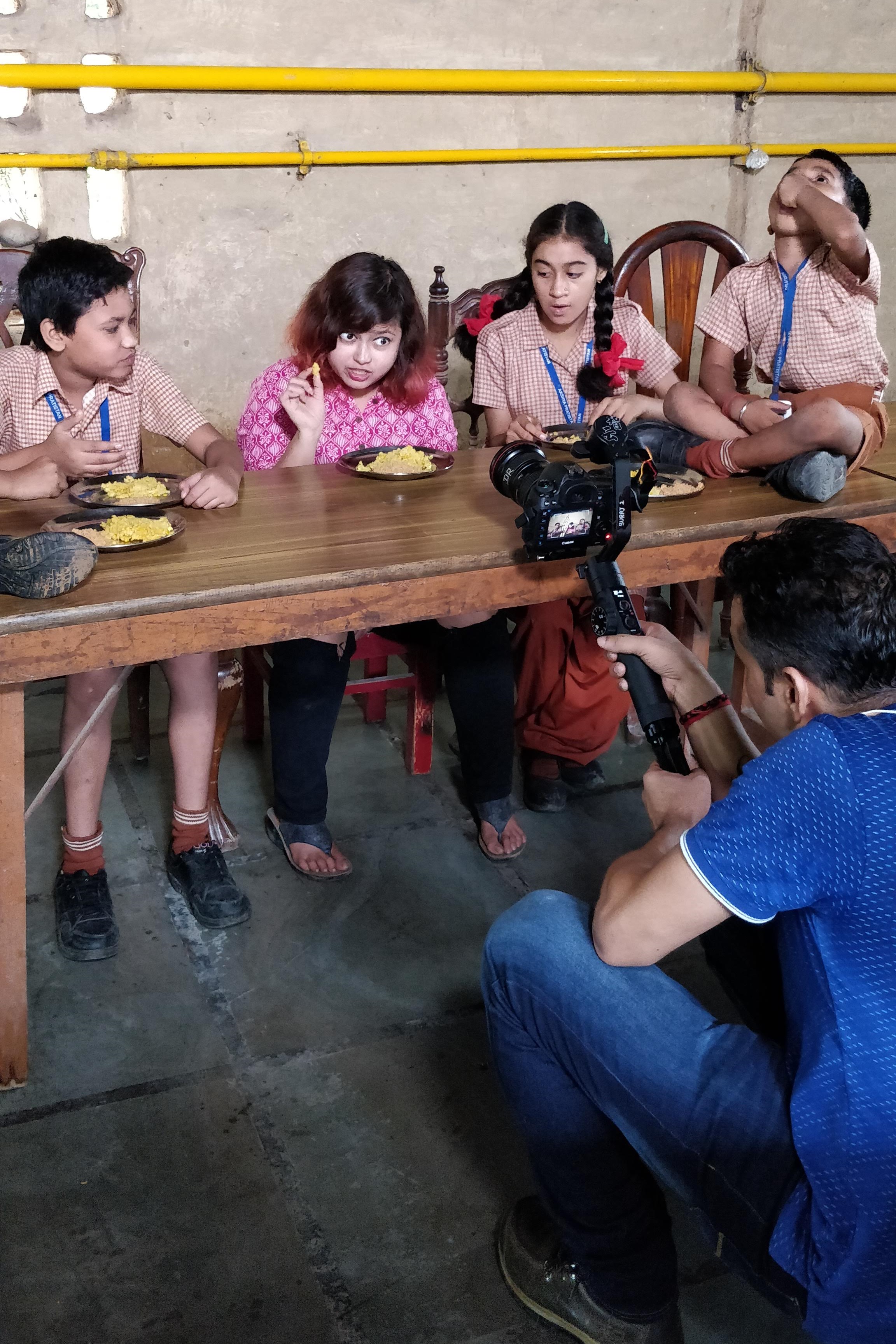 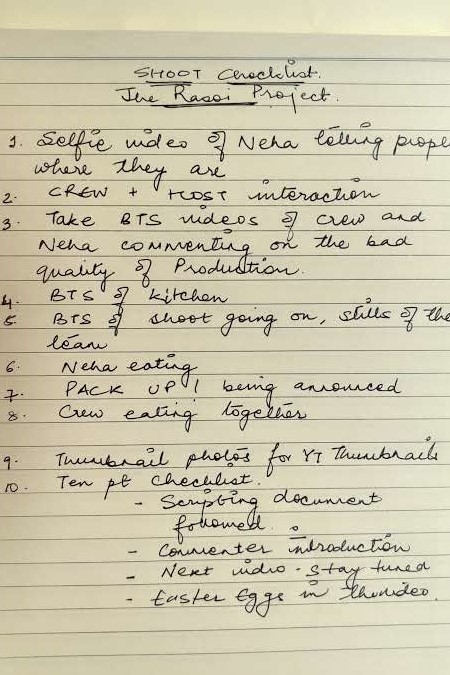 My involvement during the actual shoots were minimal and I only ensured that all the content was captured. The shoot checklist was maintained on-ground. Most importantly, since this is a non-fictional show, it is important to keep the following insights in mind: 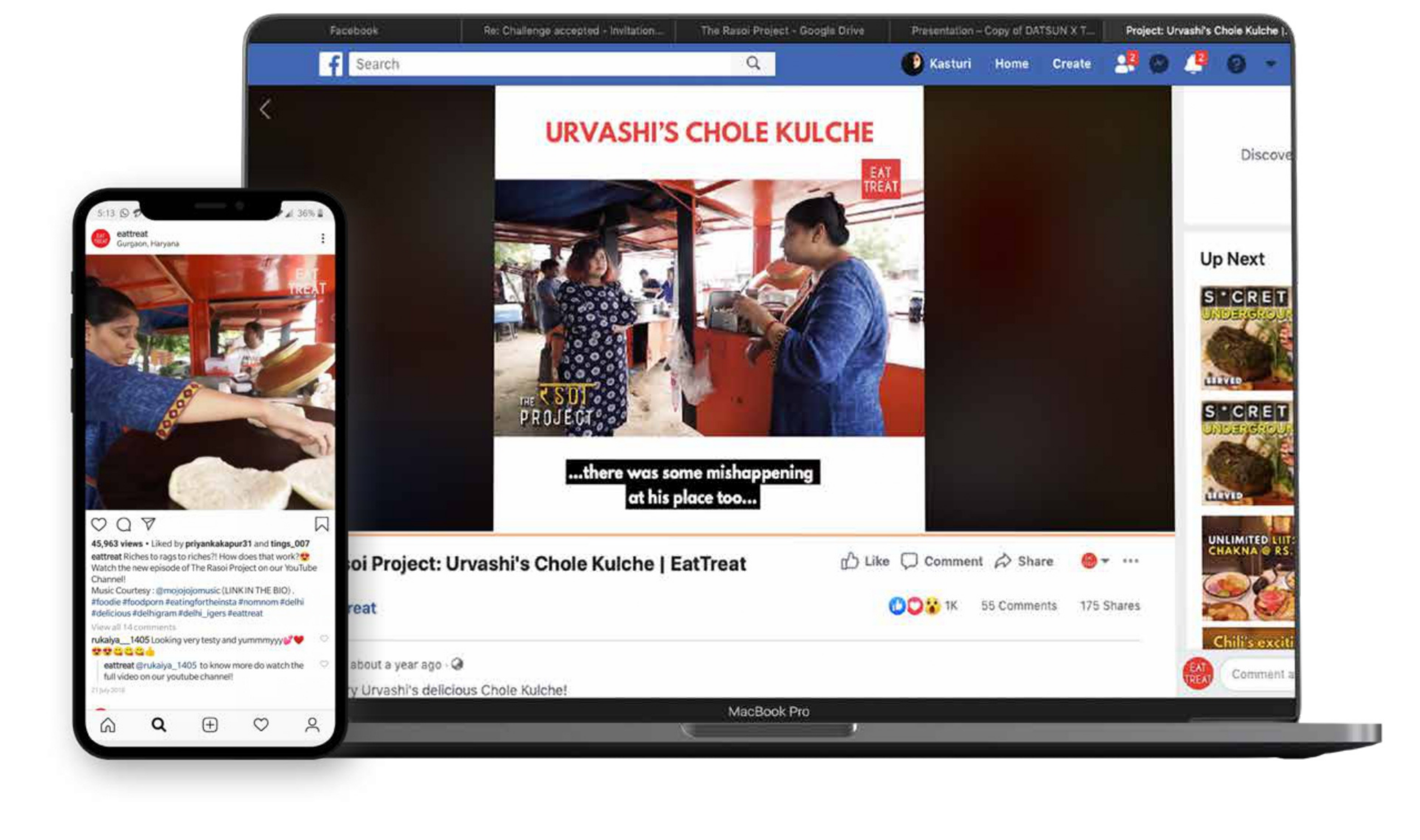 I mainly took design decisions during the distribution phase of any video launch. These would include how the content would look once published on any channel. This included the video itself as well as any ancilliary descriptions and content required by the channel. Content breakdown would include:

1. What are they saying?

The first and mainly the most important activity for us was to engage a very specific audience; very different from what our other parallel shows were garnering. Here, we went ahead with a more demographic and number-based audience research, focussing more on age, income, location etc. But if I had to do it over, I would definitely look into more behavioural and psychographic aspects.

This kind of research was easy, because we had constant feedback through social media comments, DMs and guest-star involvement. Humanising the content and characters, therefore, became the next big challenge for us, across all the shows. 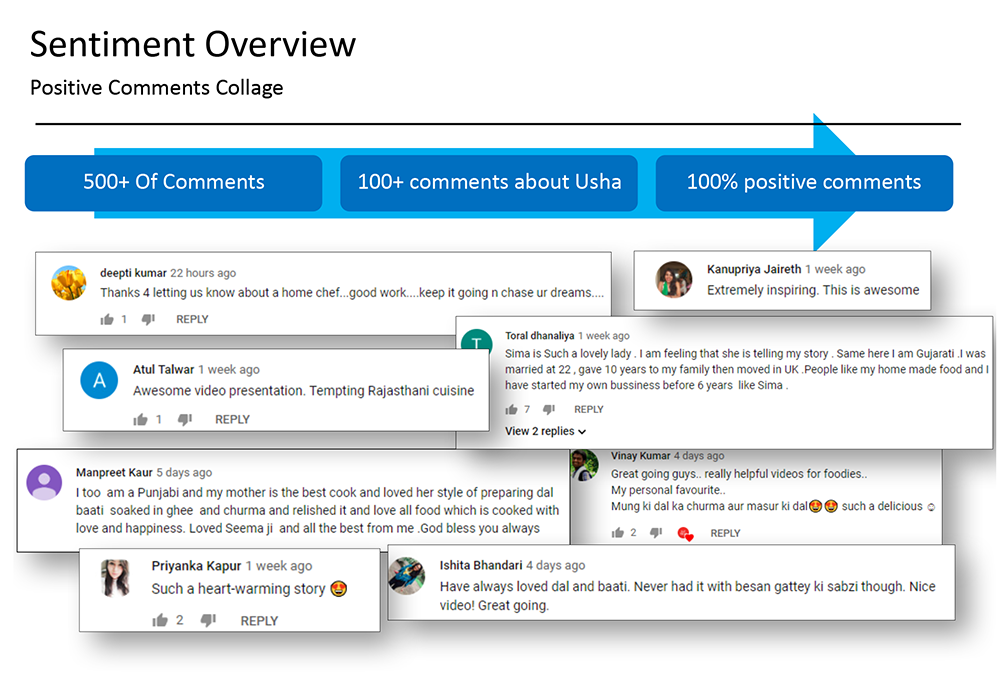 Keeping a log of Youtube analytics, CTRs, drop-off rates and changes made in every episode in terms of script, direction and publishing schedule allowed us to constantly reinvent. But at the same time, it did lead to too much experimentation in the hopes of gaining better reach. We are yet to find a healthy balance of when to change and when to let the content breathe and survive out there in the www.

Taking from the great teachings of Mad-eye Moody of Harry Potter fame, this show needed stories unheard-of, and the only way to get them was through vigilance. We needed to build community and a space of trust for people to talk and contribute their personal experiences. I think of it as co-creation by our users at times. We received many entries, inspirational and aspirational through our SM channels.

We also had to keep an eye out for newspaper reports that featured Humans Of New York-style reportage that we could leverage for our show. This obviously meant that the team couldn't just switch off, but had to be involved constantly in curating for The Rasoi Project.

Publishing across India, we had to be very aware of the opportunities and threats of a bilingual (and at times, tri-lingual) audiences.

We thus, invested time into subtitling and captioning in Hindi and English. Most of the conversation was informal and traversing both languages. We made a conscious effort to ensure that the content was understandable for most if not all audiences.

The upcoming seasons would also feature chefs from varied parts of India, who do not speak Hindi or English, and this practice allowed us to be more aware.

In the upcoming seasons, we decided to go back to the drawing board every 2-3 episodes. While this was an extremely monetisable property, by virtue of its positioning and content, we were having trouble garnering the requisite number of views due to the Youtube's algorithm and discoverability. To understand what the next few episodes could look like, we decided to reduce the over-experimentation and go back to some standard practices. To take stock after every episode felt like a bit of an overkill.

The next step for me would be to expand the ambit of the stories to other regions and states. To feature the diversity of Indian regional cuisines was the vision for the show, and the natural step for us would be to shoot in different locales within the country to include different voices and viewpoints.

As mentioned above, we were looking for ways to spread this content to the more rural parts of the country. This meant spending monies in captioning, sourcing varied content and of course, investing in accessibility as a crucial part of our content strategy.

In conclusion, my stint of 4 years as Head of Content allowed me to work on many such properties and improve my practices. Hopefully, I'll be able to elaborate more on them, and present a selection as I build this website. Until then, hope you'll check out some of my other professional and passion projects.